Welcome to Virtual Hub! In order for you to make posts and download resources, please take a moment to Log in or Register.

The People
#61
Hey Dudes And Girls, I'm Aaron ITS A11 On Fellowsfilm, From East London, Where Every Bus In Existence Has Been Replaced By Bloody Routemasters, Got OMSI 2 Last Summer For My Birthday And Joined VB On December But FF In November. I'm Not A Spotter Or Anything Like That But I Love Fish, Enviro 200MMC's Along With E400H City's And I Hate School

I Have A Youtube Channel Where I Upload Fortnite And WWE 2K19 Videos---- https://www.youtube.com/channel/UCwryhGJ6xfTRrO-yRkMNgrw?
Plz Sub And Yh Thanks.. ITS A11/Fisho

The People
#63
Hey all! I’m Ecron, but you may know me as some other names,
As you may imagine, I like buses ( ), but I also have a mild uninformed interest on aviation too.
I currently reside in England, where the best buses are! Brighton & Hove (as well as MetroBus which is the same company but is also not - story for later) are by far the best company!
My favourite buses are Scanias, but I suppose I’m a bit bias having them run around me for almost 20+ years now!
Scania N112 to N94, all the way to N270!! K230 are cool too!

Anyway, the stuff you may care about:
I founded a small repaint brand named “COSMIC paints”, which although I run solo, is working with my two fellow development teams, NovaLine (I also named, see a pattern? 😅) and TBOS!
Under TBOS, @The British Gamer has givene the delight of being able to use my COSMIC name under his repaint request section!

The People
#64
Hi my name is Artfart100 I really love buses! I also love doing repaints on buses I am hoping to do more very soon!

The People
#66
Hi, My names Steven and i love buses and trains i'm from Bristol, Im currently Working part time in Tesco and studying computer forensics and IT Security at Anglia Ruskin university in Cambridge.

The People
#67
My name's big A8K, I live on Earth. Love spotting trains at my local station in a place (well you can only see 156's and the very rare freight train). I am also a local photographer. I am the owner of Capital Studios that makes stuff lol
Last edited: Jun 22, 2020
Founder and current Owner of A8K Media, Productions and Transport.

The People
#68
hi I am Sid as you know I don't live in any part UK rather I live In Hong Kong, my favorite are Dennis trident,Volvo Super Olympian and Japanese buses and sometimes Leyland, Volvo Olympian,Dennis Dragon and Neoplan Centroliner My favorite Route? 269B,269C,E34A,269M N68 and 967 that all for my introduction

Admin
NELOG
The People
#69
Ooops, I may have forgotten that people posted in this thread... Either way, welcome everyone!

The guy who has been banned on fellowsfilm twice

My name is Justin Lim, 賈斯汀·林 and was born and still living in Hong Kong.

I have been a long member with HKBF.org and created lots of content including bus skins and 2 freeware maps, Here is a example of my bus skin recently: 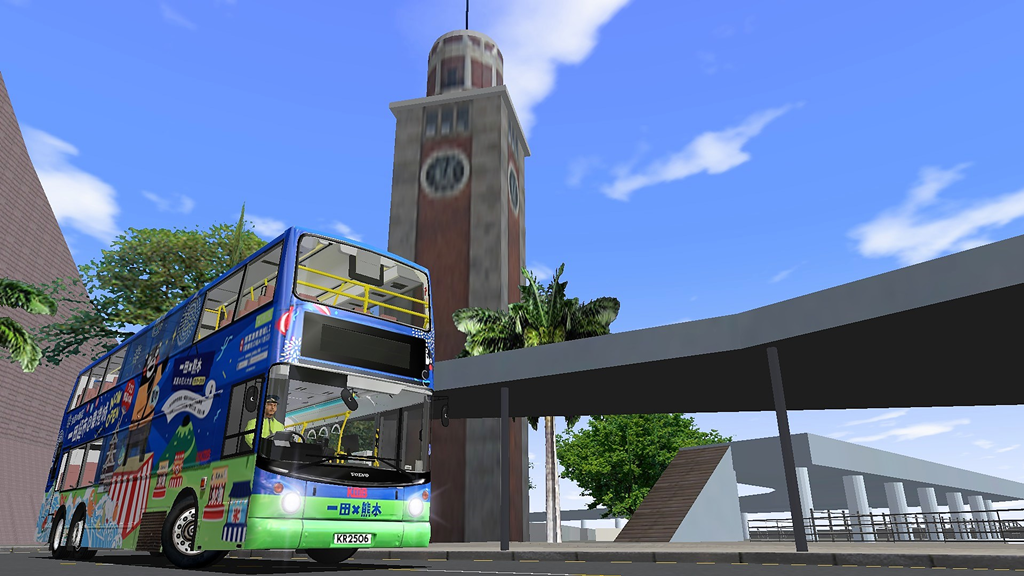 I love England and visited when i was a young kid a long time ago and remember the London Eye.

I want to now create English content such as skins and try a English map maybe London?

I hope i enjoy my time here and look forward to meeting lots of you here!.

The People
#74
Eyyo, I'm MickSab
I'm a West Australian with a considerable interest for most things bus
Favourite bus is an Merc O405NH with a Volgren CR225L body (best engine noise) or a Volvo B7RLE with a Volgren CR228L Futurebus body

Moderator
Masterswitch Studios
The Modding Union
The People
#75
I never did one of these so here goes...

Some of you know me as Badger, some as Dylan, I got into omsi when it first came out. My first proper sound mod was released on the initial C400 release oh so many years ago. Since then, I've released countless amounts of free mods, ranging from Volvo's to Enviros and Pulsars.

More recently I'm the lead sound engineer on the Masterbus Gen 3 pack, and will be working on the upcoming Veiling pack too!

Anyway, enough of virtually! I work in the bus industry in South-East London, and get to drive a lot of different stuff... Citaros, B5LH's, Enviros ect ect.
I also own two buses, 17368 [Y368 NHK] A Selkent Dennis Trident ALX400, and a Scania L94UB (To be announced later on....)

Those who know me, know I love a B7RLE, love is an understatement... Obsession more like!

Apart from buses, I love to do a bit of nature photography, with animals and plants, I like to travel, regularly visiting new places.
I also have a 5-year-old Beagle which I adore (Even after she eats my cookies) Oh I like shooting also...

Can't really think of anything else to add here so!
Badger - Virtual Hub Moderator
We aren't just a Forum! Find Virtual Hub on Facebook | Twitter | Instagram | Discord
B

The People
#76
ive never done one of these ,

Admin
NELOG
The People
#77
Welcome to the forum guys!

The People
#78
Haven't done one of these yet!

Hello, I'm Alex/Smelly Katarina and I've been here for quite some time. Over the time I've been here I've released several resources including repaints and bus advert packs. I can be found lurking in the VH discord a lot too, occasionally posting stuff there.

I've been in the bus community since 2006, when I first moved to Northampton my interest sparked a lot, as I used buses a lot with family to get around, and always enjoyed doing trips on them with my father, a long trend which has been happening since ages (we'd usually travel on buses to and from Newark and Mansfield), and it was 2013 I started to get into photography. By 2016 I was photographing buses a lot my trips to and from college, and in 2018 I upgraded my camera. since I was turning into an adult them, I started to grow more confident in myself and I started travelling to different locations, eventually making it to Birmingham on my own in late 2018. On Christmas 2017 I brought OMSI 2 myself, and since then I've been enjoying it. My other interests include Fire Emblem (which is a strategy RPG game I love, and where the Katarina comes from), and anime. I also am very skilled with PCs, so if you have tech issues feel free to hit me up! I also have a major interest in trains, as they are also another major childhood memory for me too, as I'd travel on the often to Lincoln and Nottingham too!
Alex S. Transport Photography on Flickr: https://www.flickr.com/photos/aswans1234567/
Smelly Katarina on Twitter: https://twitter.com/smelly_katarina
Alex S. Transport Photography on Twitter: https://twitter.com/AlexSTPhotos
M

The People
#79
Hi, I'm Leon from the East of England and I drive real buses too! 😁

The People
#80
Good day to you all! I am Matt and I am from Halesowen in the West Midlands! I am 18 years old at the time of writing this.
I am a native to the area, and I have grown up surrounded by National Express, and with fond memories of it's predecessor Travel West Midlands.
Favorite bus by far is the Trident chassis ALX400s, it is my aim to preserve one for future generations.
Aside from buses, I have interests in military technology and history as well as film photography, aircraft, railways, Eastern Bloc cars, American sports and video games.
I am looking forward to getting to know y'all.
You must log in or register to reply here.
Share: Facebook Twitter Google+ Reddit Pinterest Tumblr WhatsApp Email Link
Menu
Log in
Register